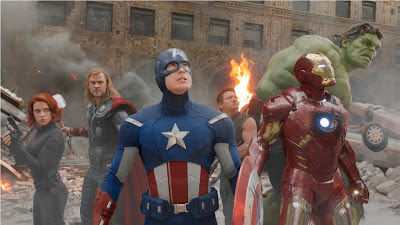 The official box-office numbers are in and "The Avengers" did better than studio estimates. The film took in $207.4 million in its opening weekend.

Ray Subers recaps the record-breaking opening of "The Avengers" at BoxOfficeMojo.com:

Through its first three days, The Avengers has already grossed more than Thor ($181 million), Captain America: The First Avenger ($176.6 million) and The Incredible Hulk ($134.8 million). It's still behind Iron Man and Iron Man 2 ($318.4 million and $312.4 million, respectively), though it should pass those movies next weekend.

Posted by TONY PHYRILLAS at 3:10 PM